Daccache immigration inc. is a Canadian firm specialized in Immigration and Citizenship law. We are an association of lawyers, and consultants, members of the Immigration Consultants of Canada Regulatory Council (ICCRC) and of the Quebec Regulator council. The company is run by Grace Daccache. 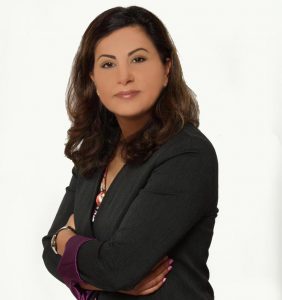 Mr. Mahmoud holds a bachelor's degree in Political Sciences from Lebanese American University of Beirut, an Attestation in Immigration law from College Lasalle, in Quebec and a diploma in entrepreneurship from ACCES, in Toronto.

Mr. Mahmoud is the co-founder of DO CANADA IMMIGRATION, a very well known Canadian company specialized in immigration services established in Montreal since 2000. Mr. Mahmoud has assisted immigrants over the world to establish in Canada with their families.

Mr. Mahmoud has intensive experience in business management, he has assisted investors and new entrepreneurs to establish themselves in the Canadian economic market. Mr. Mahmoud is a specialist in immigration law and can provide clients with tailored made business plans and strategies for their settlement in Canada.

Mr. Mahmoud has international experience in customer service management and is the sole managing partner of DO CANADA IMMIGRATION. He handles all direct communication with our representative agents and clients around the world.

He is the founder of Cubes Fze, a successful business established in the United Arabic Emirates that has assisted immigrants over the world to establish themselves in Canada with their families.